Rev. Joe will be ministering a great word from the the Lord and also will be bringing his saxaphone to join in with us during worship! 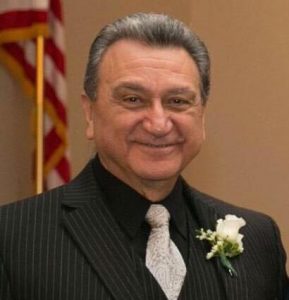 Joseph was born in New York City in 1945 and raised in a Catholic family attending Parochial School but never made the connection with God during his eight years of education.

Joseph learned the Aviation Trade serving in the US Air Force and then a career in Aircraft Maintenance with American Airlines. It wasn’t until years later while at work Joseph met Jesus Christ in very strong manner and by it Joseph soon discovered God had a call to ministry on his life. Joseph and his wife Katherine sensed the call together and it was while living in Oklahoma that he and Katherine graduated from the Rhema Bible College in Broken Arrow, Oklahoma in 1985.

In 1986 Joseph resigned from American Airlines. He and Katherine relocated back to New Jersey along with their three children and pioneered the Doorway Church pastoring for the next thirty two years. Together they saw many come to Christ by teaching the Word of God and seeing many lives transformed. Joseph is now retired from Pastoral Ministry and sees Ministry continuing as he travels to churches sharing the Word of God and sharing his testimony.

Joseph’s children have brought five grandchildren into his life. Joseph is the founder and president of the Grace And Truth Ministries,Inc.